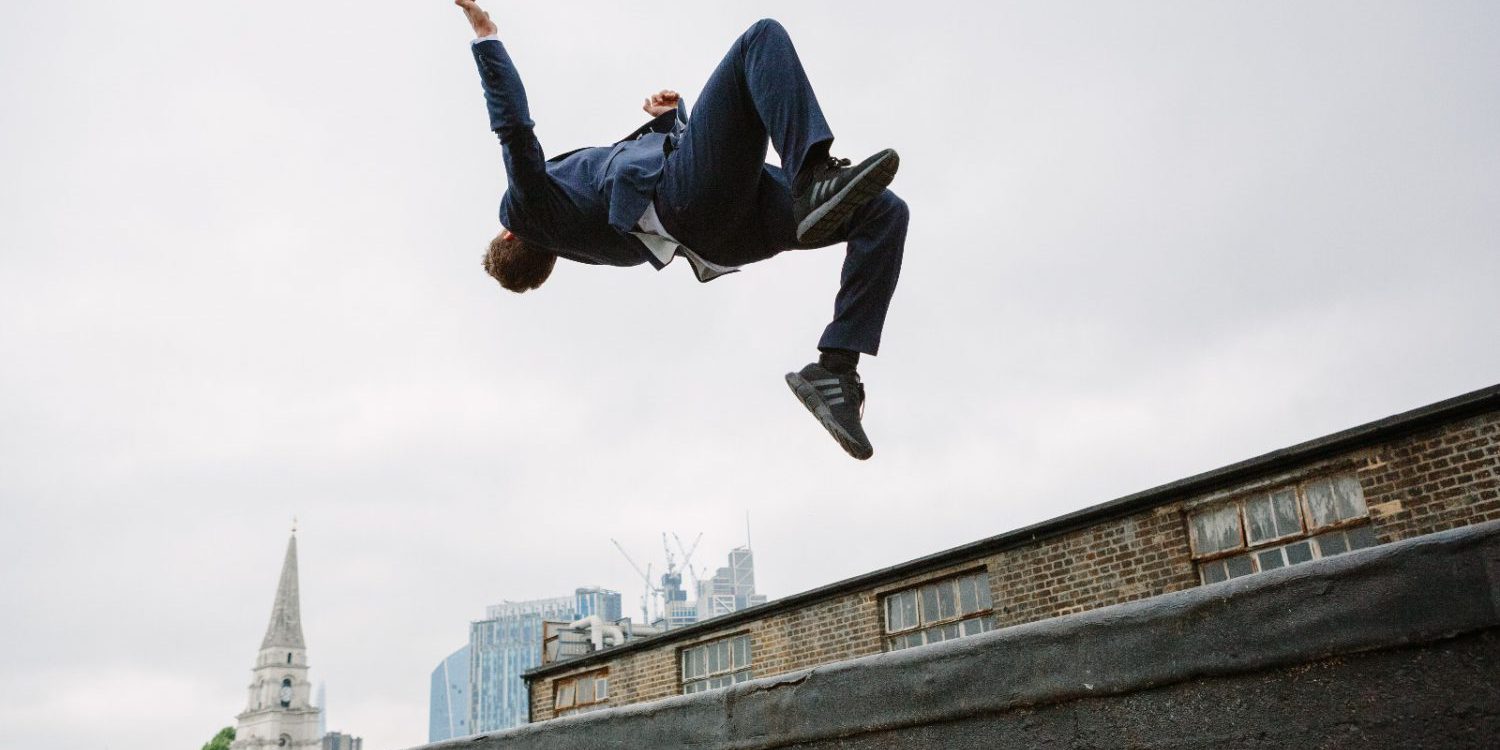 This Summer I was on holiday in the south of Italy siping cocktails on the beach when I received an email from Van Heusen asking me if I would star in their latest TVC and of course I was excited and said yes. Then the more we got talking and the more I told them about my background in producing the more interested they became in employing me to not only star in the advert but to produce it! So there I am on a beach in the Amalfi coast with my laptop out and a week to put everything in place and make this TVC happen. It was a challenge to say the least not physically being in London but luckily I had the contacts, the team and the drive to make it work. I got back to London and that day went in to meet the clients and Indian producer and friend Purav and Director Bosco to complete the physical recce. They were blown away with the locations I had sourced and the movements I had planned to really highlight the suits movement capability. The Move Labs suit was a pleasure to perform parkour in. We completed a two day shoot and the only thing that could have been better was the London weather but hey, thats London for you.

Having drummed up over 15 Million views on youtube already and playing nationwide on TV and in cinemas I have to take a moment for a reality check. I grew up watching Jackie Chan and was always in awe at how hard he works and how much of his heart he puts into his films. In my own way I do the same. So much passion and so much love for the creation of film pours out of me when I work on my own projects.

I produced the film, did the budget, locations, arranged visas, call sheets, action directing, edited my vision for the film, arranged the photographer and got fully stuck in every chance I could, oh and I did all the performing! When its your baby, you go all out.

Here is a little look behind the scenes

I look forward to traveling to India later this year and for sure I will visit a Van Heusen shop to check out the in store advertising we created and no doubt catch a movie just to see the film play on the big screen. A proud moment in my Career.

More stills from the shoot:

Get in touch for your next shoot. Chase@chasearmitage.com