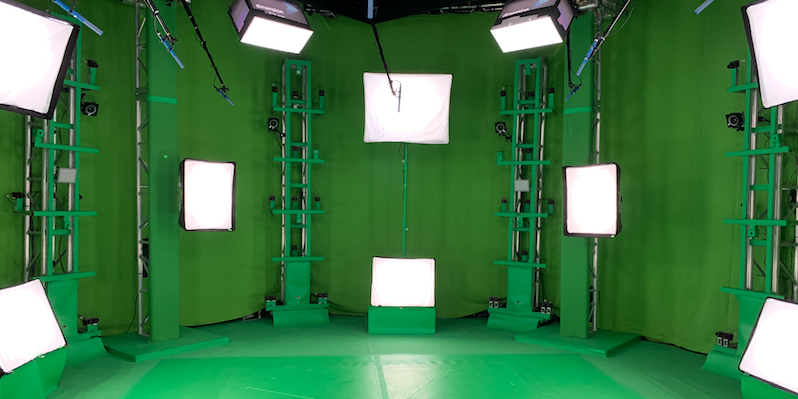 And thats a wrap! This could be one of the most cutting edge productions I have worked on to date. 3 Mobile approached me to direct a series of new adverts working with a hugely talented team of performers, technical crew and animators. We shot over 2 days in Dimension studios cutting edge volumetric video capture space which allowed us to capture a full 360 photo realistic images of our talent with the ability to use any camera action or motion I could dream up. I spent a few days working on the choreography for the 4 individuals. We had 2 World class football free stylers, a incredibly talented singer, songwriter and DJ, and famous gamer turned martial artist! I had to design the choreography so it was easily picked up as I only had 30 minutes to teach them due to tight filming schedules but every artist took so well to my direction and together we created some jaw dropping visuals. It can take a whole day for these captures to process and render out as the data captured is at 2k resolution, times that by 106 cameras you guessed it thats a lot of storage space needed! A trip to maplin wont cut the storage space needed for this kind of work! The guys at Dimension have a Petabyte of storage! Thats 1024 Terabytes!

I really enjoyed working hands on with the talent and bringing the best out of them, making them feel confident and comfortable was my main goal, as a performer myself I know the importance of this. A volumetric capture space is very different to the traditional shooting set, we had to complete our whole performance in one take, like shooting a master. The performances ranged from 60 to 90 seconds, interacting with imaginary environments which is not the easiest thing to do, but they did smash it! I was very proud of them.

I finished up sitting down with the animators and going through the camera shots I had pre planned into the physical action, watching them work their magic was very impressive! Its going to be a long process to animate all the cameras and then build in the 3d environments but once its all done its going to be incredible to watch!

Our films will be projected onto a 4D set in central spots around London and will be rendered as 2D films. Launching late September.

Behind the scenes and making of film coming soon.

Until the next update.